Living together alongside the Oriental White Storks

Areas formed by various wetlands, such as biotopes and artificial wetlands that utilize paddy fields and fallow fields that extend approximately 16 km from the mouth of the Maruyama River, are registered under the Ramsar Convention. Here, the keywords of returning to the once extinct Oriental White Storks to the wild exemplify the efforts that have been made to create and regenerate a rich ecosystem while involving various principal figures.

Criterion 2:
A wetland should be considered internationally important if it supports vulnerable, endangered, or critically endangered species of threatened ecological communities.

Criterion 8:
A wetland should be considered internationally important if it is an important source of food for fishes, spawning ground, nursery, and/or migration path on which fish stocks, either within the wetland or elsewhere, depend. 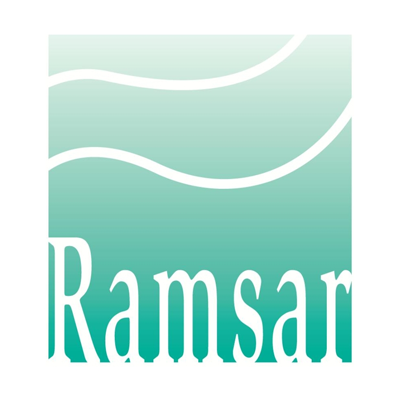 The official name is “Convention on Wetlands of International Importance especially as Waterfowl Habitat”, the first treaty created to address nature conservation on a global scale. It is called the Ramsar Convention because it was adopted at an international conference held in the city of Ramsar in Iran in 1971. In particular, it aims to promote the conservation of wetlands that are internationally important as habitats for waterfowl and the flora and fauna that inhabit and grow there, and to promote the wise use of wetlands.

The storks breed every year in the artificial nest towers on the sites, and the development of the chicks can be seen from March to July. 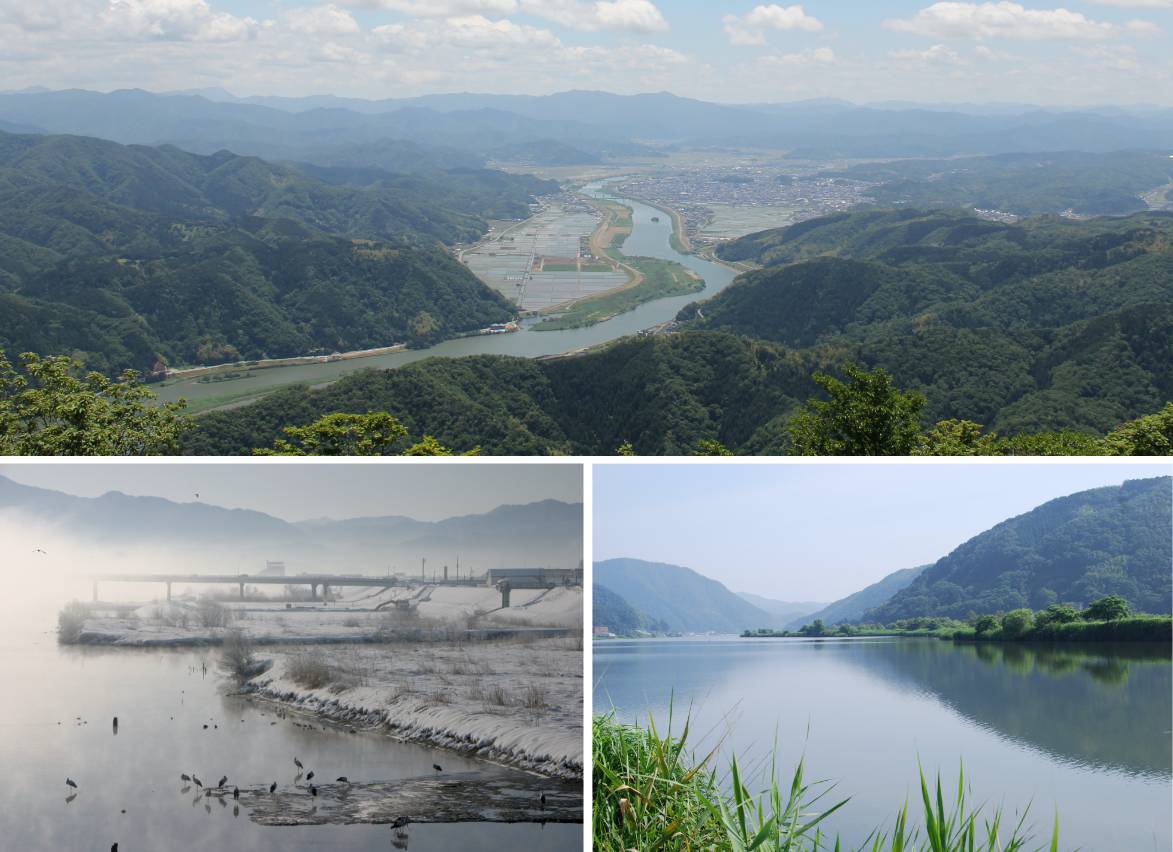 In the lower reaches of the Maruyama River, the river’s gradient gently softens as it approaches the Sea of Japan, and on a windless day, a lake-like landscape can be seen.

However, due to poor drainage, the surrounding area has often been damaged by floods. We are working on a nature restoration project that considers the riverside environment where people and wildlife can live together, with efforts such as by developing shallow water and wetlands on the riverbed.

For a long time, rice cultivation has been practiced in the lowlands extending to the lower basin of the Maruyama River. These rice paddies were also the largest feeding grounds for the storks. In order to return the storks to the wild, we started using farming methods to cultivate ecosystem-friendly wildlife together with the farmers from the early 2000s, creating an environment where storks can live. 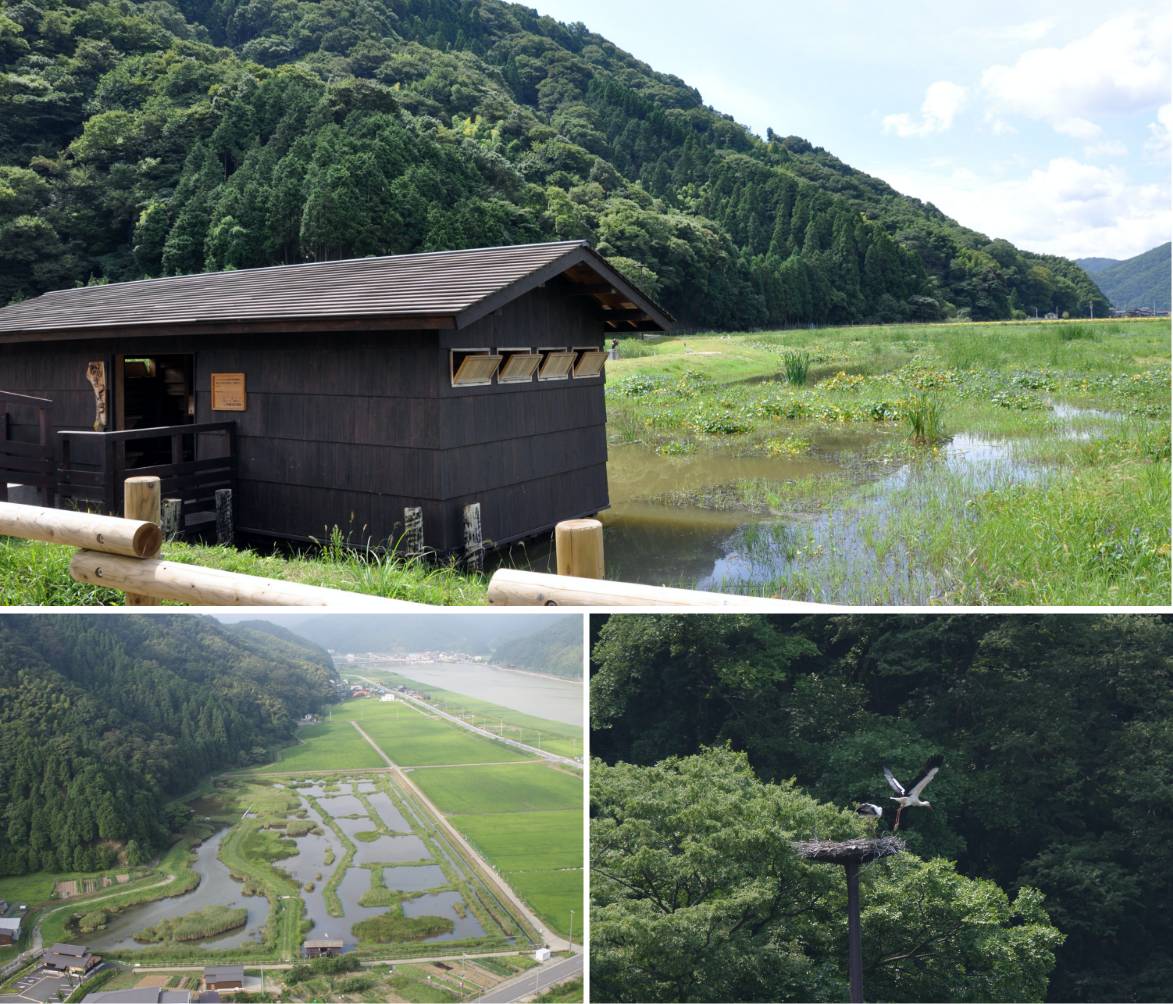 This rice paddy was favored by a wild Oriental White Stork named “Hachigoro” from the Asian continent and is maintained as a wetland. Located near the mouth of the Maruyama River, this wetland has freshwater and brackish water areas, creating a rich wetland environment. There is an artificial nest tower and an observation building located in the wetland, where you can see the storks breeding.

In the wake of the arrival of the storks, we are working to create a wetland so that the rice paddies that were once abandoned will become a feeding ground for storks, with local residents playing a central role. Local women have formed a guide group called An-Girls (guiding women) to guide visitors to the Tai Wetlands.

GUIDANCE ON MAINSTREAMING GENDER UNDER THE RAMSAR CONVENTION ON WETLANDS

Read about the efforts of An-Girls as they are introduced as a fine example in line with Resolution XIII. 18 on “Gender and Wetlands” of the Ramsar Convention. 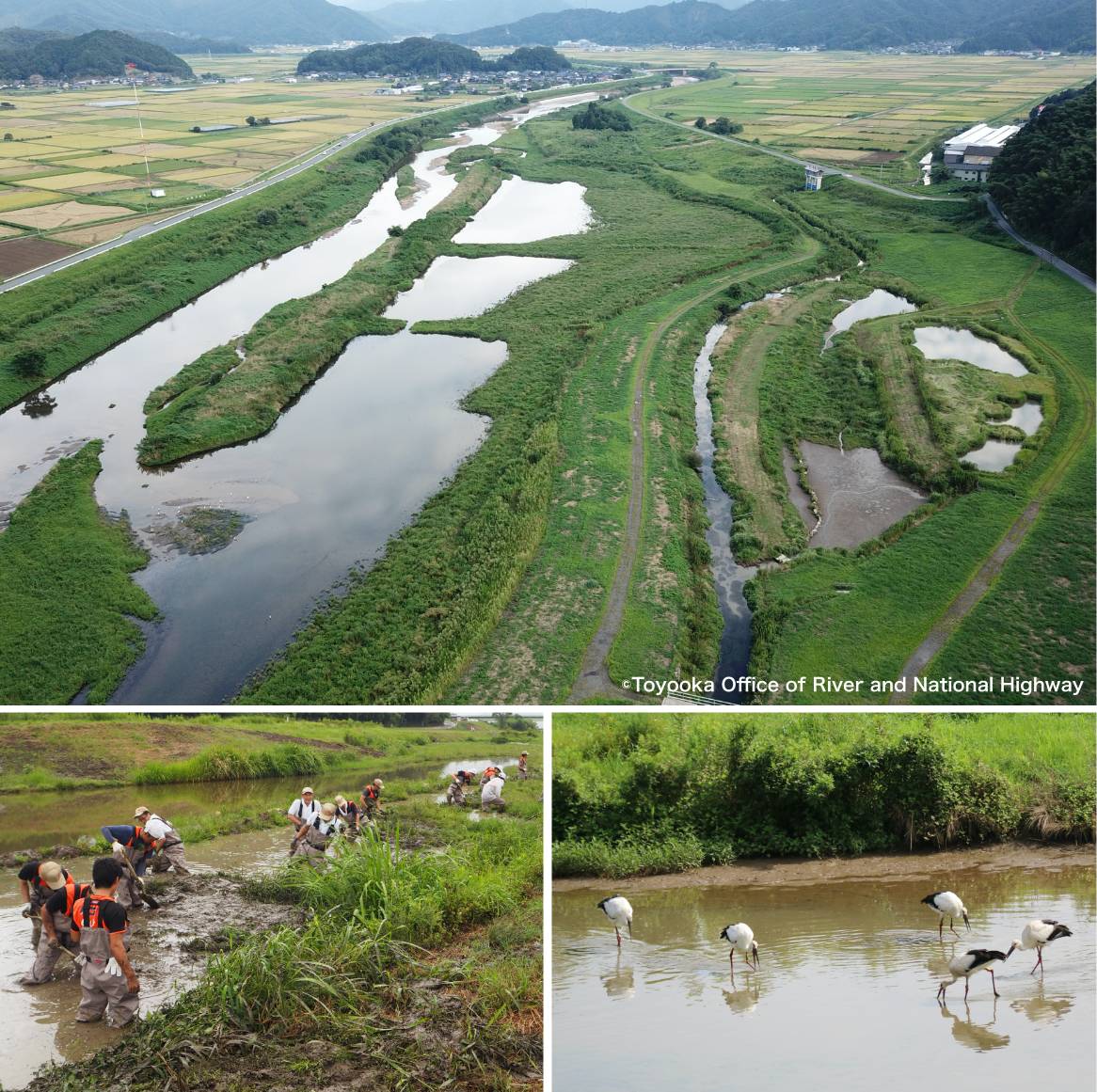 Agricultural land that stretches alongside the Izushi River, a tributary of the Maruyama River, has been redesigned into a wetland. This wetland, which becomes a floodplain during periods of abundant rain, nurtures the local wildlife and has a diverse environment including open wetlands connecting to rivers as well as closed wetlands such as ponds. It is also used as a field for environmental education and natural environment experiences.

Wildlife found in the lower reaches of the Maruyama River

In winter, many birds such as tundra swans, spoonbills, and Siberian cranes can be found. 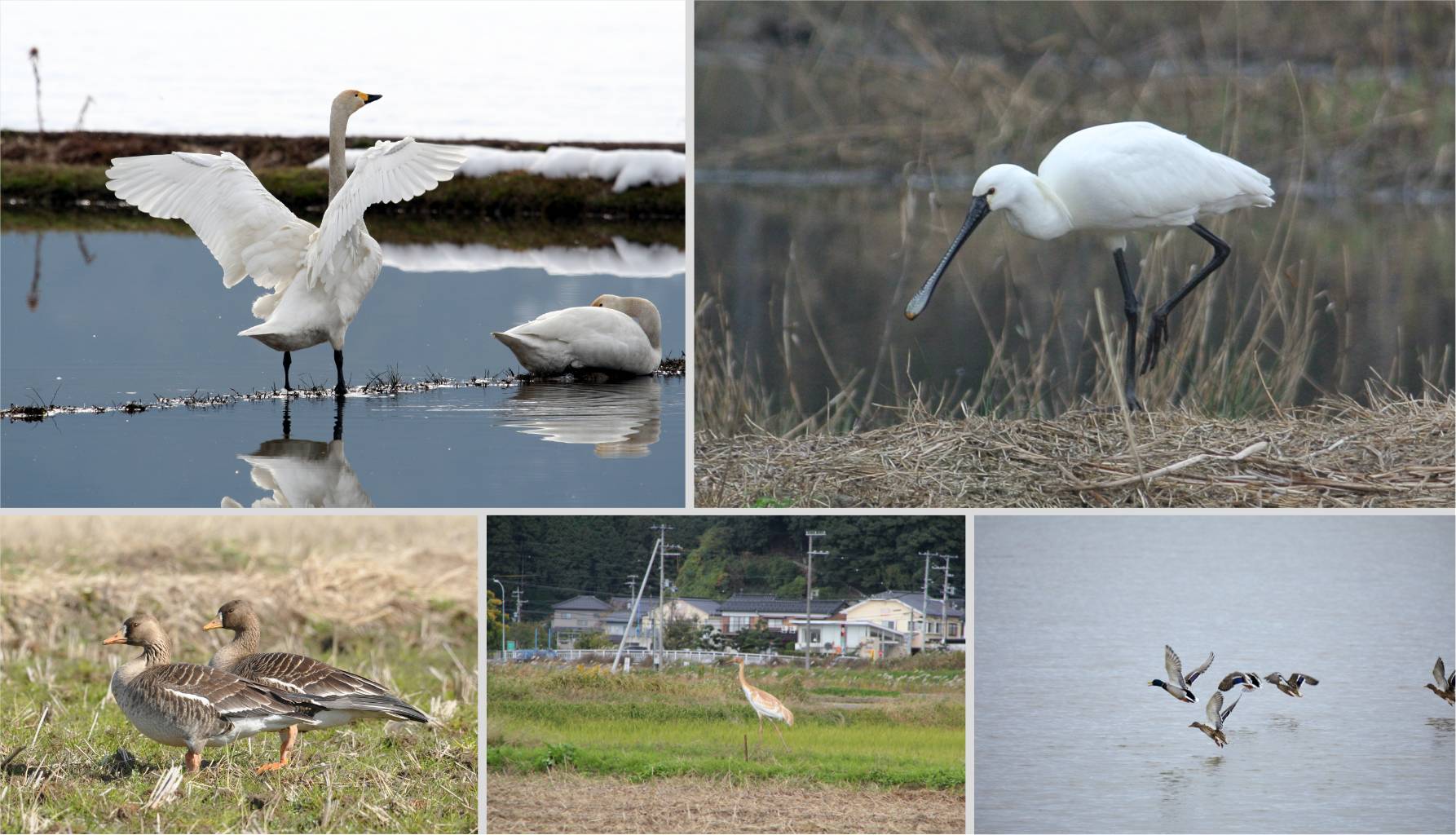